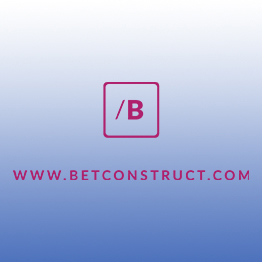 BetConstruct is not the biggest name in the online gaming scene, but it is not a small-time player either. The gambling destination has been running strong for about fifteen years, and it has established a place in the business as a significant runner. BetConstruct has managed to keep its head above the cut-throat waters of the gambling niche by focusing on a slew of gaming products, which suit both casinos and players. The online gaming software company operates on the motto of providing unlimited opportunities to its clients, all on a single platform.

BetConstruct casino software has its eyes set on diversifying the market with this mode of operation and serve as an uplifting tool to support its affiliate casinos for quicker growth and success. The game developer looks to eliminate as many barriers as possible for gambling destinations so that they can focus on entertaining their clients. Such success is accomplished with the provision of a wide range of services to choose from including gaming management protocols, data feed systems, retail solutions, and white label solutions.

BetConstruct operates as an affiliate of SoftConstruct, which has eleven other trademarks including Fastshift, SpringBuilder, and FeedConstruct, among others. The services run by BetConstruct are overseen by three thousand employees in about sixteen offices around the world.

The provider focuses on the creation of slots and other casino games as much as it does other gambling solutions. The firm lists more than six thousand games in its portfolio. Some of these titles are trademark developments while others are created by partner companies that run on its software on a third-party basis. BetConstruct slot machines account for the largest percentage of the titles on this list, which is driven by the high appetite they face in online casinos. The games provider abides by the usual rules of slot development in the creation of their releases, but it also does not shy away from making them unique in their own respect. Some of the special elements spotted in the slots and other games include:

With more than six thousand games provided in the portfolio in 2019, players have a lot to choose from. Some of the popular titles that fall in the slot’s category include:

BetConstruct gaming company makes about 4500 games accessible on mobile devices. The mobile games are supported by the use of HTML5 technology, which allows the slots to be launched in a no download mode.

Social gaming is supported in BetConstruct casino games, which is included in its B2B platform for operators. The system can be integrated with Goggle+, Facebook, and many other social media platforms.

The games can be accessed in free to play options before investing real money to end up with the best one. BetConstruct offers the free versions on its website along with casinos that support its software.

BetConstruct assures players of their security with more than ten licenses that testify to the fact that it has been assessed for fairness. Some of these BetConstruct licenses are from the UK Gambling Commission, Curacao eGaming, Malta Gaming Authority, ARJEL, etc.

BetConstruct games can be accessed in numerous casinos in Australia that offer no deposit bonuses and other incentives. The software company website provides detailed information on the pricing of its services for operators looking to adopt its services.