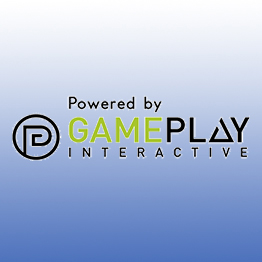 Gameplay Interactive is a commanding force in an industry known to be aggressively competitive. The company’s rise in the online gaming ranks began almost immediately after its launch with a focus on live dealer sets. The company has not been shy about diversifying into the development of other products over the years, such as slots, table games, and even video poker. Today, the firm is recognised as a big fish in the fully integrated systems niche that offers gambling packages on a P2P basis.

Gameplay Interactive casino games developer also stands as a master in the development of white label solutions alongside its casino products. Websites looking to be its affiliates can approach the company with nothing more than a domain and acquire a fully functional platform that they can customise to their needs. Leading Reward stands as the official products provider of Gameplay Interactive, and it supports the integration of services with other developers as well.

This software company is focused on the delivery of products around the world in regions like Australia. However, its most significant priority is the Asian market, where it is based. In 2015, Gameplay Interactive entered a partnership with SBTech to offer sportsbook and online betting services in this region, which has since served as a solid foundation for other ventures.

Gameplay Interactive casino provider offers many gaming services for Australian online casinos, but most of them fall in the game provision category. The software company kicked off its online ventures with the provision of live games, but its slots have since caught up to command as much popularity. Some of the unique features that have contributed to the software firm’s success thus far include:

Nevertheless, some Gameplay Interactive slot machines feature western themes that make the company’s portfolio diverse. A few of the slots that ring to this different tune include Boxing, Candylicious, Genie’s Luck, and Little Monsters.

Wilds are the most common bonus inclusions in slot games. Gameplay Interactive slots take it a notch higher to feature special abilities in the wild symbols that let them do more than just complete and extend winning combinations. Some slots include stacked wilds and expanding wilds, which cover entire reels to increase the chances of landing more payout combos.

Some Gameplay Interactive pokies focus on adult entertainment with themes centred on sexy bombshells. One such game is World Soccer that replaces the usual buff male players with alluring beauties dressed in provocative jerseys and shorts. Another example is the Bikini Beach fixed jackpot Slot, which reveals much about its contents in the title.

Gameplay Interactive online pokies allow players to manage the stakes they would like to place. The wagers fall in a wide range to suit both low and high rollers with limits that start as low as 0.2 credits and can scale up to 500.

Gameplay Interactive may have broken ground as a live dealer games provider, but its slots collection has since grown to become its crown jewel. Poker, instant, and arcade games also make the list, which have a considerable following. Some popular slot titles by the software provider in 2019 include:

Punters can play Gameplay Interactive free pokie versions on the developer’s official website. They can also be launched along with the real money options in the software firm’s affiliate sites.

Gameplay Interactive offers the casino gaming experience to punters using smartphones and tablets as well. The mobile games run on HTML5 technology, which allows them to be launched in instant play mode.

Gameplay Interactive may be a big fish in the gambling industry, but it has not dived into the social gaming option. Therefore, its games are not accessible on platforms like Facebook and Google+.

When choosing the ideal set to engage among the numerous Gameplay Interactive games, it is recommended to start by playing the demo versions. Once the perfect option is singled out, punters should play within a reasonable budget that does not dent their finances. One can also claim no deposit bonuses and other tabled offers.

No information is disclosed on Gameplay Interactive licenses used to run the firm’s operations. Nonetheless, its solid partnerships and growth in the business go to show its considerations for security and fair play.

Gameplay Interactive gaming company is among the new-age software developing firms that have withstood the torrents of the gambling business to come out on top. The game provider offers an engaging gaming experience centred on the Asian market but can be enjoyed by players from other parts of the globe.