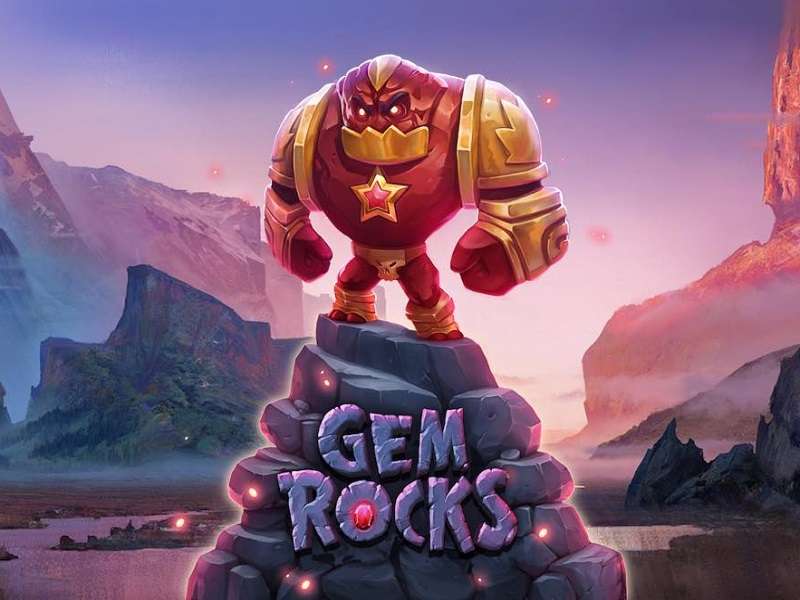 The first thing that strikes you about Gem Rocks is its theme which is quite different from the usual superhero-gameshow-casino kind of themes. This Gem Rocks casino slot online created by Yggdrasil Gaming is based on the attractive theme of jewellery and gemstones. Because the theme is a subject that is any way attractive to look at, therefore, this gambling option is also visually appealing. This is a six-reel slot with four rows instead of five, with another difference being that there are no paylines involved. When you play the Gem Rocks game with no paylines, you will get a winning combination whenever there are matching symbols on the reels next to each other starting from the left side. One more unique feature of this gaming option is that it does not have any Wild or bonus symbols. The rules of the game are quite simple, and you actually get 4,096 different options to win even though there are no Wilds. The slot provider Yggdrasil has lived up to their reputation of coming up with attractive slots which give a fair chance of winning to every player.

For each round that you place a wager on, your bet can start from 25p and go up to £100 for each bet. Most casinos online in Australia attract players who like to bet much larger amounts, so if you prefer a cautious strategy, you will like this gambling option. You can opt for the Gem Rocks free version without spending money, but you can win real money if you play Gem Rocks for real money. The play lines here consist mostly of blocks of different gemstones in different shapes and colours. You will find blue and grey triangles, squares, diamonds, orange-coloured crosses, stars, crescents, and circles here. When you play Gem Rocks slot machine online, the bonus feature you become eligible for is referred to as Dropdown Wins. All the symbols which are involved in a particular winning combination will go out of the play in an explosion of colours, and their places will be taken by other symbols dropping down. These can again be combined into winning sequences, which will again disappear to be replaced again, and so on. This fantastic and exciting gambling option gives you the opportunity of getting larger symbols (called Monster Rocks) as the number of wins keeping on increasing. The multipliers due to which you can get more and more monster rocks are as follows:

This monster rock win is referred to as the Gem Rock feature, which explains the name of the gambling option. Read on to learn some tips on how to get better outcomes corresponding to free spins in this slot machine.

Tips to Win the Game

There are no jackpots provided, but it promises an RTP of 96.3%. But, if you push the right button in terms of strategy, you can easily maximise your winnings. Watch out for the Star symbols which promise a payout of 75 coins if you can get them in a sequence. As you would expect, the 4×4 monster rock or gem rock gives you the best rewards, especially if it has a higher value gemstone. When you are playing this feature, you can monitor the progress of the rocks you are accumulating by keeping tabs on the gem rock meter.

Gem Rocks slot, with its low minimum bet and attractive gameplay, can keep you engaged for hours, so you would be well advised to turn on the Autoplay feature. You will enjoy the lustrous looks of the different gems and stones, and the handsome winnings won’t hurt either. Gamers have reported good wins on this slot, and even those who haven’t won big aren’t complaining because they haven’t lost too much.