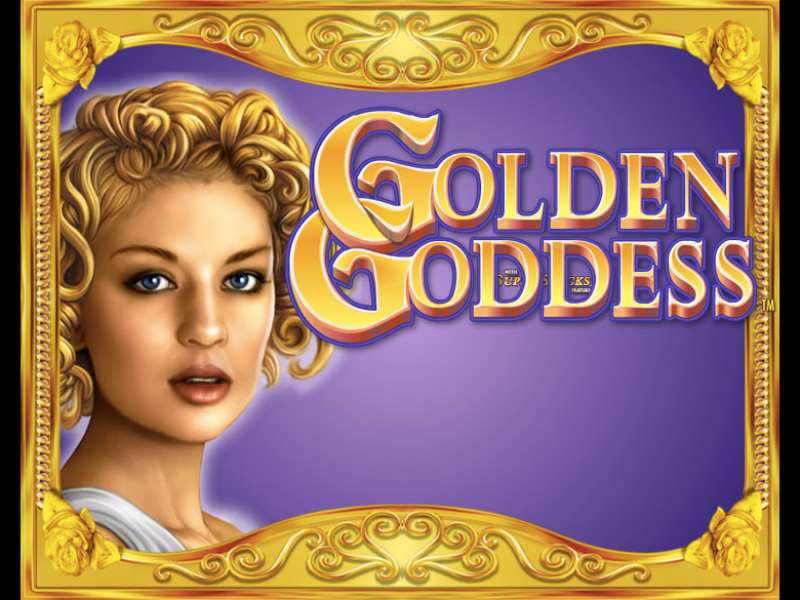 IGT has been developing games for more than four decades, so it’s quite natural that slots of this company are extremely popular and loved among casino audience. IGT developers created slot called Golden Goddess, in which they presented the goddess living in a fabulous place among the luxurious roses and paradise pigeons.

Great Golden Goddess slot machine is a real masterpiece, the main theme of which – fairytale characters. There are simple and convenient interface of this slot, as well as an excellent gameplay and large winnings that make this machine incredibly popular. A statue of the goddess of gold, her impeccable appearance embodies life and beauty. Some people think it has Ancient Egypt origin, others relate it to Atlantis, but its history is not known for sure. Sound effects and animation of this emulator fully correspond to the theme, three-dimensional images make the gameplay even more fascinating. Animation occurs whenever a winning combination appears on the screen. This cool video slot has really unusual features of the gameplay, which favorably allocate it from the other same type models.

Fairytale slots is a quite popular phenomenon. Golden Goddess together with her main characters will guide each player to fairytale country. Simple control panel, convenient bet setting and easy gameplay attract an impressive number of players of different casinos.

In addition, there are no complicated rules, which is good, because rules are usually distracting from the game. User can play in 3D mode and with almost any bet, so it does not matter whether he plays cautiously or like to bet big.

There are pictures depicting a goddess with gold, a blond young man, pigeons and a denomination of cards. Golden Goddess provides one unique function called Super Stacks. The essence of it is that during spins any character can stretch on the playing field in whole strips. And this means that the playing field can be filled with the same type of pictures and bring user an incredible amount of money.

Wild and Bonus are presented as symbols with special abilities in Golden Goddess. Wild is a picture of the game logo. It can be paid for itself, and it is also easy to replace the base pictures, which are not enough to close the winning line. Symbol Bonus – a picture with a red rose. It appears only on the three middle reels. In a situation where there are three such symbols at the same time, casino players will receive a portion of free-spins.

Golden Goddess symbols also have some special features. Wild brings payments on its own, as it has the ability to replace any image, only Bonus is exception. The Bonus symbol can appear only on 3 central drums and a combination of three roses will bring player of Golden Goddess by IGT a number of free spins.

Another feature of this game is the presence of stacked symbols on the lines, due to which payments are formed much faster. There are 40 lines in Golden Goddess slots game, the number of which remains unchanged. The bet can be chosen in the range of $ 40.00-400.00 per spin. Playing this emulator for real money, user can get a record payment of $ 1000 for the five Golden Goddess logos. An exceptional feature is that each can win even for two authentic symbols with goddess, a young man or game logo. In this case, three to ten bets are paid.

The presence of the Super Stacks function ensures the formation of a large number of paid combinations, which compensates low payout coefficients. Especially beneficial for the customer are free spins. The graphics of this video slot by IGT is very nice, just like its sound. In general, Golden Goddess gaming machine produces a very good impression and gives very good chances for winning.