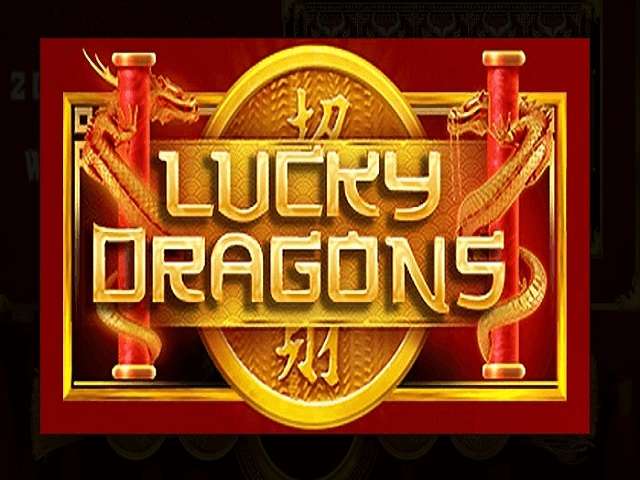 Lucky Dragons is an oriental-themed slot machine from Pragmatic Play. Fans of Chinese superstition will find this game quite entertaining and at the same time educative.

Lucky Dragons is a slot that you can play anywhere you are, be it in America, Asia, Europe, Africa or Australia. As the game is offered at genuine casinos only, cheats looking to enrich themselves unscrupulously from the game will not be able to do so.

The review below highlights the key playing features as well as game-winning tips and strategy. This casino machine comes with five reels and 50 play lines. The RTP stands at 95.19 per cent.

Background Info on Playing the Slot

You can play Lucky Dragons slot machine online in one of two modes, i.e. real money mode or demo mode.

There are many people out there who love playing games for free, and in order to cater to the needs of these people, Pragmatic Play managed to create a demo mode of Lucky Dragons casino slot online.

When playing Lucky Dragons free, you can either settle for the default settings, or you can visit the Control Panel to make some alterations. There are basically two things that you can alter when playing. Firstly, there is the Quick Spin button.

When you turn on the Quick Spin button, you allow the reels of the game to run faster thereby enabling you to play at a quicker pace.

There is a real money mode which allows players to use their funds to wager and in turn stand a chance to win real cash. Players looking to play Lucky Dragons for real money need to take note of the betting ranges allowed in the game.

Players need a minimum of 1 coin per line to spin the reels, and they need a maximum of 10 coins per each line. This, therefore, means that the slot is perfect for mid-range players as well as high rollers.

Pertinent Information for Playing the Game

All winning combinations in this game start from the leftmost reel. Malfunction when playing voids all wins and lets the player start afresh. There are different reel sets for the base round and for the free spins feature.

A Wild is added to the middle reel during the start of the free spins feature, and this Wild remains in place till the end of the feature. The Settings button is the button that players should make use of when they want to alter any game settings and features.

Features in this Game

The Chinese gold coin acts as the Wild symbol. This icon does have the abilities to change its form and take the form of any other symbol on the reels with the exception of the Scatter.

The smiling Buddha icon does represent the Scatter in this game. The Scatter only appears on reels 2, 3 and 4. There is no bonus symbol when playing Lucky Dragons game as well as a jackpot.

The main feature in this game is the free spins feature. The feature is triggered when the player lands three Buddha icons on the reels. In turn, the player is awarded 6 free spins.

At the start of the feature, the player receives one Wild on the reels which become sticky for the rest of the feature, and after each spin, another Wild which also becomes sticky is added on reels 2, 3 and 4.

Lucky Dragons slot is a game for players who love playing orientally themed slots with a bias towards Chinese superstition. This gambling machine can be accessed via the desktop or on mobile.