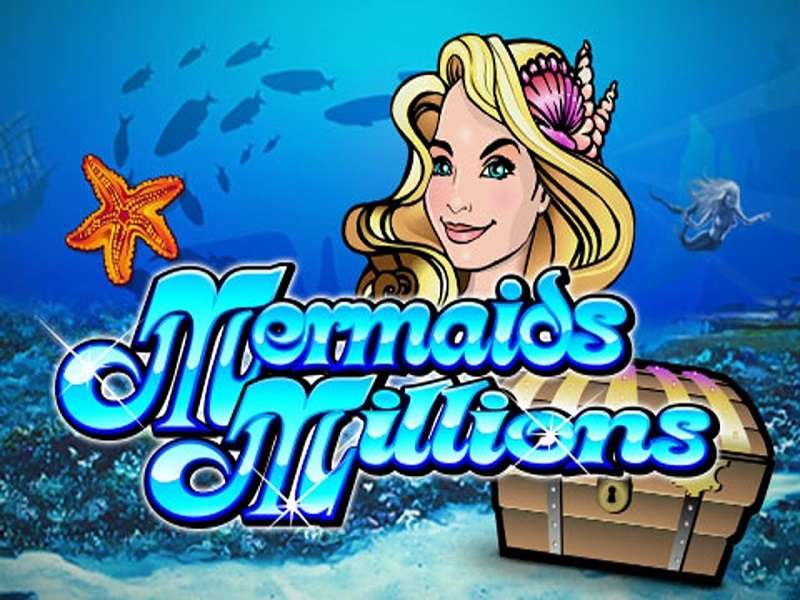 During our early days on earth, most of us heard the stories of some weird creatures which are half human (the top part) and half fish (the bottom part). These weird creatures were called mermaids, and their tales still exist to this day. Microgaming in this slot game reminds us of the beautiful tales we used to hear when we were young and innocent. Mermaids Millions as you would have already guessed by now is a mermaid themed game which brings to our screens millions of mermaids and at the same time millions of cash rewards! This game is one of the earliest video slots to be released by Microgaming, and you will probably notice this as soon as you load the game due to the retro graphics. Players playing Mermaids Millions can expect to hit winning combinations originating from the left to right when spinning the game’s five reels and fifteen paylines. Note though that when it comes to Scatter combinations, winning combinations can originate from either the left or from the right.

As stated before, this slot is one of the earliest, and it comes with simple retro graphics. In the background of this slot, players can expect to see a black backdrop as this slot’s background is covered by a solid black colour. The reels of the slot, however, are colourful, at the bottom near the control panel is a beautiful pattern resembling the underground of an ocean; presumably, that’s where the mermaids live. The top part of the reels is covered in blue, and one can only assume that this blue colour resembles the inside of an ocean. The background sound of the slot is beautifully crafted as it emulates the sound of ocean waves; from time to time, you can also hear the sound of popping bubbles.

The reels are designed in a 5×3 design, i.e., 5 reels (columns) and 3 rows. On either side of the reels are some numbers indicating the number of paylines this game has.

Mermaids Millions is a slot game that players can play from wherever they are as it’s available across many platforms. The game is playable for profits, i.e., using real money at several online casinos. When playing Mermaids Millions for real money, there are a number of things to tweak. First, you have to make your mind on the number of paylines that you are going to wager on. The options start from the minimum of just a solitary payline moving all the way upwards to a high of all the 15 paylines. The other step that is crucial before you start playing Mermaids Millions casino slot online pertains to the bet amount. This enables you to decide on the amount you want to use when you spin the reels. Note that this game is suitable mostly for low rollers as the maximum you can wager with across all the lines is a lowly 3.75 coins.

It does not matter if you are short on funds as Mermaids Millions does offer everyone the chance to play the game in demo mode. When you are playing Mermaids Millions free, you are given free credits that you will use to try out the game. You have to save the credits as once you use all of your credits you will no longer be able to continue spinning the reels for free. You are free to play the game using the default settings, i.e., the number of lines and also the bet amount already set. However, it’s also up to you to tweak the default settings if you wish.

There are two bonus rounds in this game with the first one being the free spins round. This round will activate when you get at the very least three Scatters on an active payline.   You, in turn, receive a total of 10 free spins that you can retrigger when you manage to land a further 3+ Scatters. Before you start your free spins round, you will be paid the Scatter wins, i.e., 400 credits for five of these, 50 credits for four, and 4 credits for three. There is a 3 times multiplier that is applied to all your wins during the free spins round. The other bonus round in Mermaids Millions slot refers to the Treasure bonus. In this bonus, you get to dive deep into the ocean, and from there you are asked to pick different shells. You need at least three bonus symbols to trigger the bonus round, and the number of bonus symbols that trigger this bonus determines the number of shells you are going to pick. This means for landing three bonus symbols you get to pick three shells, for landing four bonus symbols you get to pick four shells and so forth.

There is a fixed jackpot to look forward to when one is playing Mermaids Millions slot game. This jackpot is hit when you manage to land five of the Wild symbols (King icons) in a row. Mermaids Millions jackpot carries a 7 500 coins payout.

As the earliest slot, Mermaids Millions comes with dated graphics, but that does not affect in any way the fun and enjoyment you get when spinning the reels of this game. In addition, this slot unlike many others created at the turn of the millennium comes with a couple of bonuses plus a jackpot which means the fun does not only end with spinning the reels but also extends to the payouts.