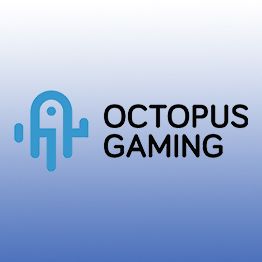 The online gambling scene is riddled with hundreds of software developers, but the emergence of a new one is often met with excitement. Octopus Gaming is among those that have recently joined the industry, but its establishment has been met with more scepticism than thrill so far. Looking at their official website, nothing seems out of place with a striking design that makes it easy to navigate from one end to the other. Services, games, and contact information are provided in an orderly manner against a backdrop of popular slot posters that have hit the market under the brand.

However, there is more than what meets the eye when it comes to this company. The name Octopus Gaming casino software first hit the internet in November of 2016 under registered Facebook and Twitter accounts. However, they went on to remain dormant for about a year, which left a lot of gamblers confused. It was not until October of 2017 that the software provider’s website was launched. Usually, gambling companies use their official sites to disclose information on their background, affiliates, and owners. Octopus Gaming does not provide such information and only states that its headquarters are located in Antigua and Bermuda. The firm has a small fanbase in 2019, and its future as a successful software provider is up for questioning.

Octopus Gaming’s information may be limited, but it openly provides its games for access by players and casinos. The range of games that are offered all carry individual elements to meet different needs. Nonetheless, some features tie them together as Octopus Gaming games and services, and some of them include:

Octopus Gaming currently has a collection of more than 90 games that include fixed jackpot slots, table games, and instant games. Octopus Gaming online pokies are provided in the highest amount, and popular titles include:

Even with the sizeable collection that punters have to choose from, some controversy surrounds Octopus Gaming pokies. The software developer’s portfolio is often linked to the now-disbanded TopGame, which was discovered to be in bed with a rogue casino in 2009. The firm did not recover from the blow and ended up selling to Pragmatic Play. However, all titles released before the acquisition were excluded from the deal and later cropped up in Octopus Gaming’s portfolio. The company has yet to explain the coincidence, and suspicions are fueled by the lack of information on the software developer’s parent company.

Octopus Gaming lists cross-platform compatibility as one of its strong points, which includes mobile affinity. The developer’s mobile games are launchable on smartphones and tablets using popular OS like Android and iOS. No download is needed for the sets to operate.

Octopus Gaming has yet to venture into the world of social gambling. This option would support the provision of games on platforms like Facebook, Google+, and other social media spaces.

Considering the uncertainty surrounding this developer’s products, it is recommended for players in Australia to play Octopus Gaming free pokies before opting for the real money versions. That way, the entertainment value can be enjoyed with no cash on the line. When playing for real money, gamers can use no deposit bonuses and other casino bonus offers.

No information is provided on Octopus Gaming licenses. The company states that it runs operations from Antigua and Bermuda, but it does not confirm whether it holds a permit from the necessary bodies in the jurisdiction. Nonetheless, it has a seal of approval from eCOGRA, which is a reputable independent testing body that checks the security and fairness of games.

Octopus Gaming gaming software inspires mixed reactions thus far. On the one hand, it keeps up with current gambling needs by using state of the art technology in game development, cross-platform affinity, and offers more than ninety titles. On the other, it has links to a software developer whose trustworthy nature is questionable.