Queen of the Nile 2 Slots 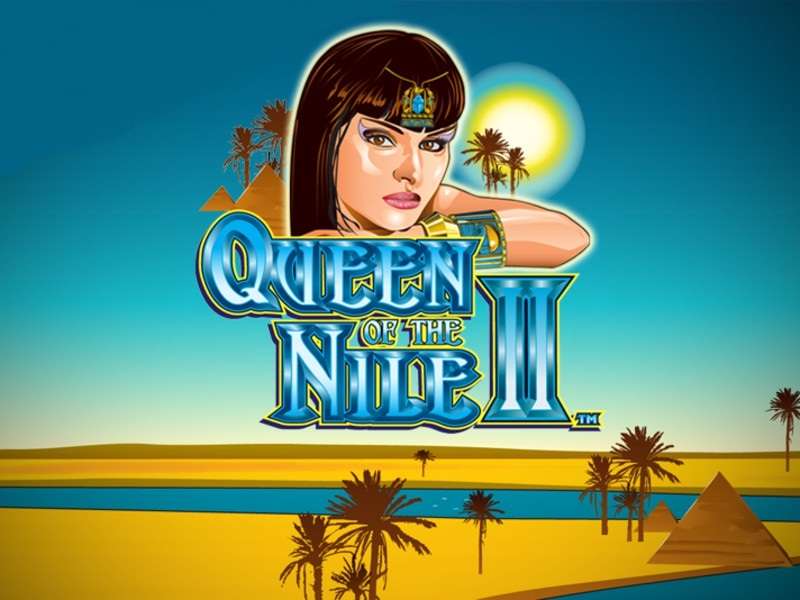 Continuation of the adventures of Queen of the Nile in various online casinos can be seen in the second part of the new Egyptian slot from Aristocrat – “Queen of the Nile 2”, released on the 10th of March, 2015. From the first part this slot machine is notable for its symbolism and level of payments. The usual order of payments in the “Queen of the Nile 2” slot is coincidence of two or three identical symbols in the direction from left to right. To make the lines formed more often, the provider added a special Wild symbol with the function of replacing other names. The last in the collection of symbols of the “Queen of the Nile 2” slot machine is Scatter, but its functionality is limited by the activation of free spins, because it does not participate in combinations.

Given the unusual set of characteristics of the “Queen of the Nile 2” slots game and the high volatility index, the best variant of the betting strategy will be playing at a long distance at the minimum values of monetary units.

Before starting spins in the “Queen of the Nile 2” slot machine, you can set the desired parameters. The number of lines is set by the buttons “+” and “-” near the inscription Lines. They can be from 1 to 25. The bet amount for each line is set by the same buttons, but already near the inscription Bet. The player can bet from 0.02 to 4 credits. You can quickly set the maximum values for all parameters by pressing the Max key near the corresponding block.

To start the rotation, click on Spin. And if you want to play the Queen of the Nile 2 for quite some time without changing the bets, you can use the Autoplay function. With its help, you can set from 5 to 500 automatic spins. All the combinations in this online gaming machine start on the far left drum. To see the coefficients of all symbols, and also to become more familiar with all the rules of the “Queen of the Nile 2” slots, you can click the Info button.

“Queen of the Nile 2” slot is a game that has 5 reels and 25 lines. The biggest prize on the line (in coins), which can be obtained – 3000, bets from $ 0.01. This slot offers wild symbols, with multiplication, scattered symbols, bonus game, 5-20 free spins, doubling, auto-game. The theoretical percentage of payments laid in the game is 95.86%, with the variance being above average.

This slot is dedicated to a fairly well-known ancient Egyptian theme, which will transfer the player to an exciting journey with incredible generous finds. “Queen of the Nile 2” provides five reels and twenty five lines. Here there is also a super-game in the form of bonus rotations, as well as a game of doubling, which allows the player to increase the amount of the real money win. In general, as the reviews say, this slot is suitable for all players, regardless of their experience. The image of Princess Nefertiti is the most valuable symbol. For the loss of two to five such characters, the player can get multiplication from 10 to 3000 times. In addition, this symbol is wild, so it can replace any simple symbols, which increases the number of winning combinations. The scatter symbol is the image of the pyramid. Two to five such signs will be awarded to the player multiplied by 2-100 times. If there are three or more of these symbols, bonus rotations are activated.

The elements of the panel in “Queen of the Nile 2” are intuitively clear even without translation into the native language. On the left you can select the rate level, and on the right is the window for the cost of the chips. The Max Bet button uses ten coins and immediately starts spinning. The game is played in manual format or in the mode of auto-game with obligatory adjustments of limits. The table clearly explains the rules of bonuses, general conditions are set, coefficients are displayed, and other information is available.

The “Queen of the Nile 2” by Aristocrat is dedicated to the popular Egyptian theme for slots. Here casino players are waiting for exciting and lucrative additional modes, as well as high-quality graphic design. In this gambling device, Aristocrat provider has realised 5 reels and 25 paylines. There are traditional Wild and Scatter signs for many gambling machines. Also there is a chance to win free spins. Any cash prize in this online slot can be significantly increased in the round for multiplication.