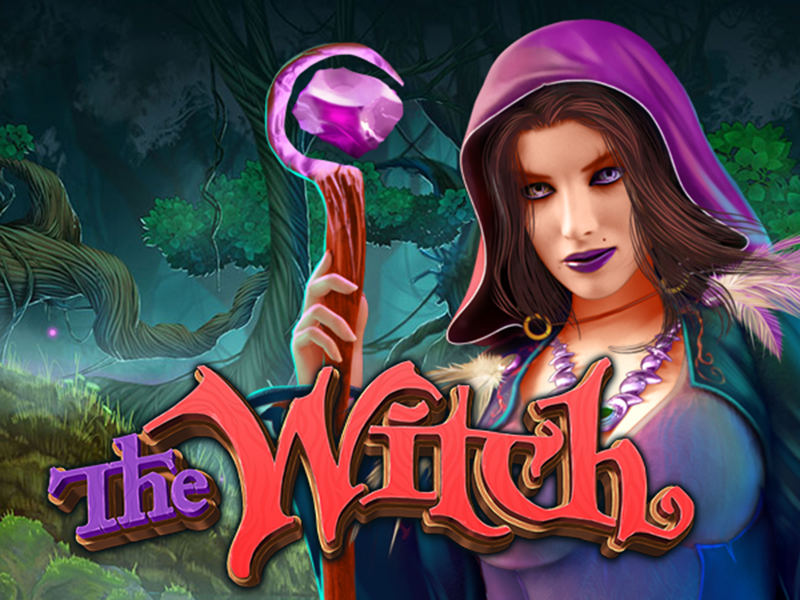 The Witch is yet another game that has reached out for some old children’s stories, and it didn’t disappoint the players. The Witch casino slot online is brought to you by the leaders of the gaming industry, Booongo. It is based on the Grimm Brothers tale of the so-called Frog King; the Witch seems to add a nice twist to the initial story. Turning the charming princess in a frog that is waiting to be kissed. The game looks more like a vivid painting that you can see in a children’s storybook. This Booongo installment is not just a slot game but a piece of art.

The Witch game has thirty paylines and five reels. The top symbols in the Witch free are:

Also, there are some low-value card icons (starting from the Ace and then descending to number 9). When you mention the design, there happens to be a tree that turns and twists around the edges. Meanwhile, the entire setting in the Witch slot is created to look like a beautifully-painted misty swamp. There’s a slow and soft violin lead soundtrack just as the one you could hear in Disney movies.

Keep reading our well-thought review to get more information about this slot which happens to be offered in a large number of casinos online!

You’ll Be Delighted to See the Witch

This slot machine has play lines which can’t be deactivated, which means that you’ll have to pay for every single payline, even at the bet that is the lowest. If you pick to pay just 0.01 per line, you have the possibility to play with only 0.3 credits for one spin. Nevertheless, if you want to see some larger returns, you have the opportunity to opt-in for the max line bet of five credits an pay the max one hundred and fifty credits for a spin. There’s also an Autoplay button which allows you, when you press it, to spin the game’s reels without stopping. You, of course, have the chance to win even if you’re not present at the time.

The top icons are the prince, the princess, and the princess as a frog. Altogether they are worth the same. They pay the same reward of 50 times of your bet per line for three icons, 100x for four, 300x for five. Smaller payouts are offered when you get the regular frog, which has a 25x-250x multiplier.

It doesn’t matter what is the size of your payout when you win; the slot machine will always give you a re-spin in order to assist you in triggering a new payout. The re-spin also moves all five reels one position to the right, which leaves an empty spot for the first reel that the slot machine fills up with an entirely new batch of icons. And if you re-spin your wins again, the Witch will continue to shift the reels to the right and also give you three new symbols.

Other than this amazing feature, there’s a witch character that appears as a wild and has one more bonus function. Apart from serving as a substitution for other symbols, the witch can transform the princess character into wild ones when it shows up fully stacked on a reel. This feature is available in free spins round and the base game.

And finally, there’s the crossbow which is the scatter, which activates amazing free spins rounds. If you get three of these on the playing screen, you are going to get awarded with five free spins. Collecting four or five of these symbols will get you ten or fifteen free spins, respectively. The free spins that are played with the identical bet size that began the bonus round can be re-retriggered in the exact same way.

Unfortunately, the RTP is unknown, but before you play The Witch slot machine online, you have to be familiar with the fact that it has medium volatility. You can’t use any cheats because they are non-existent, following rules is mandatory. We would suggest to you to use the tips we generously ensured you with to make make a winning strategy that will get you many jackpots, large sums of money and a great number of winning combinations.

Be a Part of the Tale

Try to acquire either of these three icons: the prince, the princess as the frog or the princess and for five a kind you can win a 300x multiplier, which is pretty incredible you must admit. Also, if you manage to win five scatters you will get incredible fifteen free spins.

The highest amount of coins you can win in this slot is 22500.

The Witch is a slot that has a quite enchanting presentation that will surely make you lose track of time. With its wide range of bet sizes, free re-spins and many interesting features the game will keep you entertained. Try and play The Witch for real money!