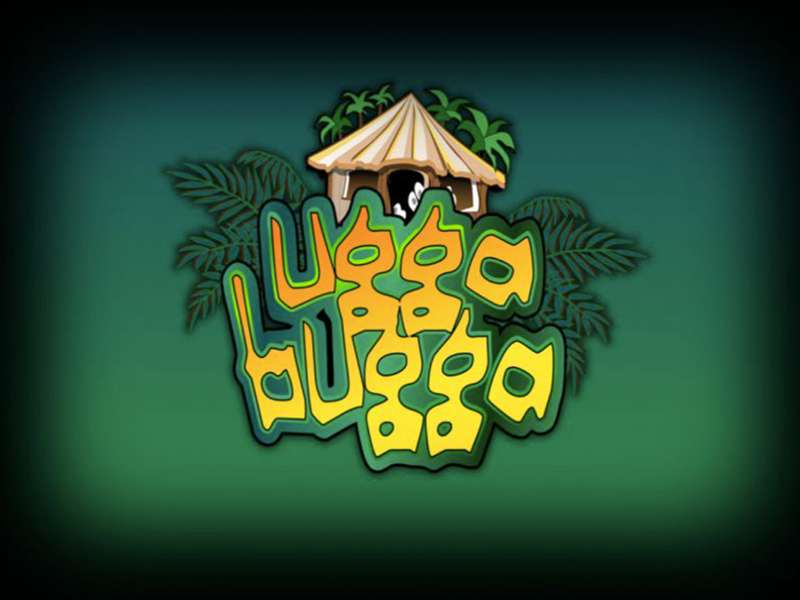 Classic fruit machines may get you bored in a flick of time – no abundant bonusing, no interesting playthrough, no background action. Just you, the reels, the fruits, some vibe and that’s pretty it. However, not all of them follow the described scenario, and there is good news for those casino players who would like to tame a three reeler but without going through tedious schemes. Playtech as always brainstormed a little and found quite an interesting layout resembling much fruit-machine ways, yet taking just the general idea out of it. And as a result, there came a great video slot called Ugga Bugga which makes great difference to habitual traditions. Playtech integrated 10 win-lines on a 3-reel grid where each goes separately. Basically, it means there are 10 tiny slot machines with a single payline working together in an interconnected fashion. Gamblers create compounds by using special ‘Hold’ feature that allows to freeze one particular symbol and transfer it to all other mini slots. That is why Ugga Bugga has no other bonusing gimmicks. Ugga Bugga slot is a game, though, with Wildcards to take up. In total, gamers are offered a renewed classic machine with a little extension in the bonus department. Speaking of the narrative, Ugga Bugga, gathering from the title, is all about entering the jungle where gamblers get to explore the world of succulent tropical fruits, bongos, ethnic artefacts and other related components. Well, this fruit machine needs no freespins to keep you engaged.

Playtech are well-known for devising unusual setups and reviving old-time things. And why this software formation is especially renowned is due to the fact that they never leave their gambling products bare. Ugga Bugga represents a bright example of how Playtech are able to make games. At the first glance, the machine looks really strange and casual, but as soon as the reels stop, you see the real charm: Ugga Bugga throws out Wilds, Hold Feature and ten setups to go on. Also, lovers to symbols will definitely appreciate the paytable – 13 different icons are ready to form a lucrative combination in multiple patterns. Chief gameplay features are reviewed below.

WILD JUNGLE. All the same you expect from a replacer. Again Wildcards do not get seriously changed – these special participants of the paytable are capable of substituting for any fruit, mask, bongo out on the reels. Ugga Bugga slot machine pays the most for a triple collection of Wildcards, so gathering three-of-a-kind will result in receiving x1000 to bets. Note, though, that x1000 multiplication becomes available when you wager the max bet in the game. Otherwise, Wilds bring x250. Anyway, both prizes are some real money.

The greatest feature to Ugga Bugga slots game is the gaming grid with 10 uniquely positioning win-lines. There are not so many slot machine using such a setup, so some might find it all slightly confusing. Majorly, you will always be given two tries on a round. The first one spins the bottom reels and reveal three symbols. Then you can select any one of them to be place on hold – this symbol is put to the positions. The second one rolls non-held icons. You are free not to lock symbols at all and give Ugga Bugga another shot if you feel like next time there will be better symbols to keep. Actually, this peculiarity of Ugga Bugga slots gives a large room to apply strategies in order to fish out the best. And with this line feature in mind it becomes quite clear why Ugga Bugga’s return is estimated to 97%. This is an incredibly safe machine to bet.

Getting started in Ugga Bugga is in reality simple. To play the game:

Regarding quite the limited range of stakes in Ugga Bugga, the machine will not be a delightful piece for high-rollers. Wagers start at 0.01 coins and go up to 0.05 coins per line. Adding here 10 fixed win-lines and making some calculations, you bet in the range of 0.1 to 0.5 credits. So if you are not going to pay through the nose, Ugga Bugga is perfect to make cash and not to fall under banking limits. Rarely can be seen a machine with these moderate stakes in casinos, so keep Ugga Bugga in your collection of low-limited slots.

Your wagers are set and done, what’s next? Well, then hit the reels and come what may. Your objective is to gather most profitable combinations. Ugga Bugga helps you with Wildcards, replacing any regular on the reels, and Hold Feature spreading a symbol all over the other reels. The game’s maximum is x1000, but the multiplication is lowered to x250 if you do not play with maximum stakes. Generally, to pursue three-of-a-kind with Wilds make sure you bet 0.5 credits every round. The diversified paytable with a good load of symbols would also help you in achieving great sums. Ugga Bugga contains 13 symbols and multiple combinations out of them. The top tray provides a link to the complete ruleset in case some questions still go through your head.

Low stakes make Ugga Bugga exceptionally attractive, especially when you run out of cash in the middle of your slotting session but still crave for more. This powerful three reeler utilises AWP-styled holding which makes Ugga Bugga even more appealing. x1000 to the top sweetens already sweet candy. Overall, spinning action will never be the same here.