🦘 Online Casino Australia
✅ Casino Tips
✅ How to Win at Pokies

How to Win at Pokies 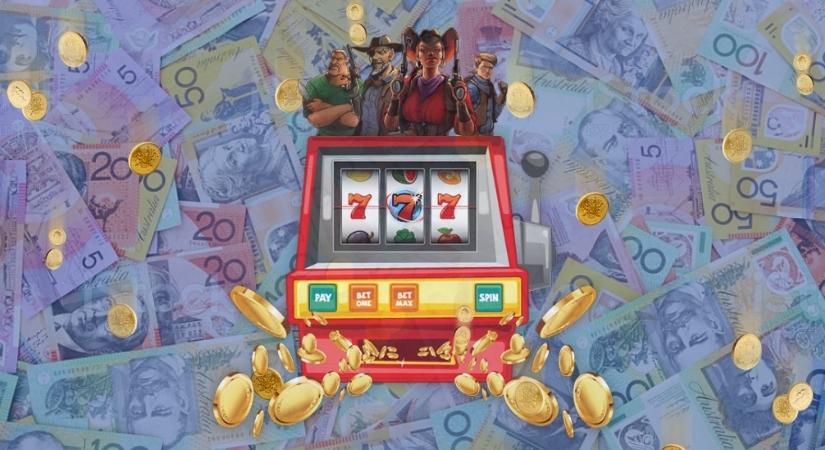 Pokies are the backbone of online casinos. A casino’s games collection typically contains way more pokies than any other type of casino games. There are thousands upon thousands of pokies waiting to be played, with loads more constantly being developed and getting released. Here’s a look at how slots work and what it takes to stand a chance of winning.

How to Play Pokies

One of the reasons why pokies (or slots) are so popular is because they’re very easy to play. Once you’ve loaded a pokie up on your device, simply decide how much you’re going to bet, then click or tap to spin the reels. If you land enough matching symbols on a payline that’s covered by your bet, you’ll win. A payline is a line of symbols that usually runs from the leftmost reel to the rightmost reel. It covers one position on every reel (or column).

When it comes to determining the size of your bet, the options available depend on the pokie you’re playing. For some games, all paylines are covered by your bet; in this case, the paylines are referred to as ‘fixed’. For others, you can choose how many of the paylines you want your bet to cover.

Most slots have an autoplay option that lets the pokie do the spinning for you. When using this option, you select a number of spins, and the pokie will spin the reels this number of times with your current bet level staying the same. These spins occur automatically, so you don’t have to keep clicking or tapping every time you want to spin. For some games, you can set the autoplay feature so that the spins stop after a win; of course, should you happen to run out of money, the spins will come to a stop even if you’ve got some more spin remaining.

To score a win when playing slots, you simply need to land enough matching symbols on one of the paylines. You’ll only receive a payout if the payline the winning symbols have landed on is covered by your bet. Payouts can vary greatly, depending on the symbol you’ve won with and the number of symbols you’ve won with.

You may well come across some slot machines that do things differently. Some pokies may have paylines running from right to left as well as from left to right. Then there are some that use cluster pays. These types, which have larger reel sets than usual, reward you for landing clusters of matching symbols. A cluster is usually made up of three or more matching symbols (the minimum number depends on the pokie), with the symbols horizontally or vertically adjacent.

Most pokies have bonus rounds that offer the chance to win extra payouts. Lots of them have a free spins round where you’ll receive a number of spins that you can use for no extra cost. Some even have bonus rounds where you’re guaranteed to win a cash prize.

Then there are progressive jackpot slots. Most pokies have a fixed jackpot; in other words, there’s an upper limit on how much you can win. With progressive jackpot, there is no upper limit. It keeps on growing every time someone places a wager and, for some games, it can eventually reach as high as seven or even eight figures. A few very lucky players have become millionaires thanks to progressive jackpots, though of course, the chance of winning such a huge cash prize is incredibly slim indeed.

How to Cheat Pokies

There’s no way to cheat any pokies app. They’re designed to be completely fair and unbiased at all times; in other words, every single spin is random and unique. There’s no way to influence the outcome of a spin at all. Online casino operators have their slots and other casino games checked over regularly by third-party companies to ensure they’re working properly, and that they’re not favouring any players in any way. If you’re looking for some tips, you’ll find they typically cover things like making the most of your money, claiming free spins from casino bonuses and taking the payout rates of a pokie into consideration when determining your bets.

How to Beat Pokies

So how do you going about beating pokies? There’s no real way to do this as they are luck-based. There’s no decision-making or strategy involved; it’s simply a matter of luck. When playing pokies, all you do is place your bet, spin the reels and hope to land a winning combination. Some slots do have bonus rounds where there’s a slight bit of decision-making involved. For example, you might have to pick one of several objects to reveal a cash prize or something like that. During the base game though, it’s pretty much all about luck. If you want to beat slots, all you need is some luck on your side.

How Do Pokies Work

The way pokies work is very straightforward. There’s a grid made up of rows and columns. For most slots, there are five symbols in each row and three symbols in each column, for a total of 15 symbols on the grid. Each reel contains a different, random line-up of symbols. The reels are spun, and they come to a stop. The pokie looks at what 15 symbols are displayed on the grid and works out whether you’ve landed any winning combinations. You spin the reels again, and a different assortment of symbols lands on the grid.

How to Hack Australian Pokies

Just as there’s no way to beat pokies, there’s practically no way to hack them. Pokies are developed using all sorts of state-of-the-art software. The providers that make them use the latest, most up-to-date technology to ensure the pokies are safe and sound. Online casinos also use advanced software and technology to keep things secure at all times. The chances of being hacked are very minimal so the vast majority of the time players will be as safe and secure as possible.